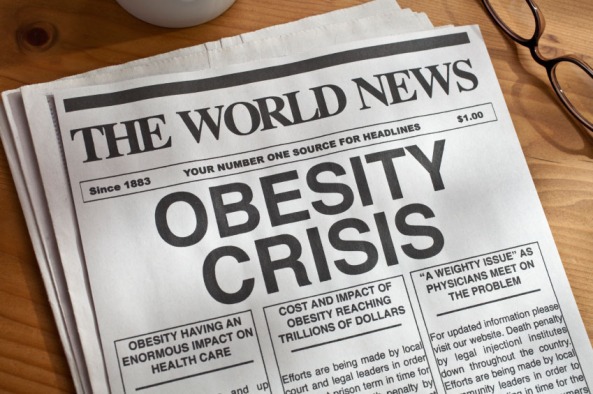 Don' t fall for the next miracle Diet Pill!

Here is the first of a series of reports on the epidemic of obesity that is gripping the US. What does obesity have to do with Aquaponics? Pretty much everything, I’d say. We’ve ventured way too far away from the source of our food, which has become fast food retailers and the grocery store instead of the garden. If we learn to grow our own organic, wholesome food, we could cure obesity in a decade. Here is the first post of this series. Hang in here–these posts are going to get better and better. Next post, “What’s the relationship between the timing of the introduction of unlabeled GMO crops and the rise in obesity?”

A brand-spanking new DIET PILL was approved in a vote of 13 to 7 on Tuesday, December 7th, 2010 by the FDA’s Endocrinologic and Metabolic Drugs Advisory Committee. The new wonder drug is called Contrave and was developed by two companies, Orexigen Therapeutics, Inc. and Takeda Pharmaceutical Company Limited. But in the end, Contrave was not approved by the FDA that told the drug maker, Orexigen Therapeutics, “that to win approval it must first do a long-term study to demonstrate that the drug, called Contrave, does not raise the risk of heart attacks.” That was a close one; and I have to extend kudos to the FDA on this one because I did some research and here’s what was in Contrave.

None other than two already existing drugs: Naltrexone, which is used to fight drug and alcohol addiction, and Bupropion, which is an antidepressant. And what’s the main contra indication of Naltrexone? The same one that accompanies most pharmaceuticals–liver damage. We just don’t seem to be able to create pharmaceuticals without damaging our livers.

According to Medline Plus, a Health information site: “Naltrexone may cause liver damage when taken in large doses. It is not likely that Naltrexone will cause liver damage when taken in recommended doses. Tell your doctor if you have or have ever had hepatitis or liver disease. If you experience any of the following symptoms, stop taking Naltrexone and call your doctor immediately: excessive tiredness, unusual bleeding or bruising, loss of appetite, pain in the upper right part of your stomach that lasts more than a few days light-colored bowel movements, dark urine, or yellowing of the skin or eyes.”

Let’s take a look at the other drug in Contrave, Bupropion. According to Drugs.com, the side effects of Bupropion are as follows: “Bupropion may cause seizures, especially in people with certain medical conditions or when using certain drugs. Tell your doctor about all of your medical conditions and the drugs you use. You may have thoughts about suicide when you first start taking an antidepressant such as Bupropion, especially if you are younger than 24 years old. Your doctor will need to check you at regular visits for at least the first 12 weeks of treatment.”

So there you have it. The new Diet pill that almost hit the market can give you liver damage, seizure disorder and thoughts of suicide. How charming. God bless the folks who volunteered to be test subjects for the clinical trials.Originally, the FDA that is so concerned about the safety of the American people (remember S.510) had decided this: “The potential benefits of the new weight-loss drug, Contrave, outweigh its risks.” In the end, they wisely changed their minds. Apparently Orexigen Therapeutics didn’t have high powered enough lobbyists working on this one.

We believe this one drug alone had the potential of harming many times more Americans than any food-born illness that the FDA is pretending to keep us safe from with their draconian and overreaching S.510 regulations. And we predict that while the FDA is out chasing down innocent organic farmers, raw milk producers and other food processors, many of the drugs they have approved are destroying livers and lives across America.

If you’ve ever watched The BIGGEST LOSER, an NBC game program focusing on morbidly obese contestants, what you see are people who make unbelievable changes to their bodies, their minds, their health and their lives in three months through exercise, diet, water intake and increased self esteem. The exercise is extreme and challenging. The diet changes are also extreme when compared to the fast food meals these contestants were used to eating.

After three months on The BIGGEST LOSER ranch, these once morbidly obese contestants run a marathon, drop their diabetes medications and other drugs and leave the ranch to live longer and much healthier lives. The BIGGEST LOSER is proving that morbidly obese people can dramatically change their bodies inside and outside through proper diet and exercise.

Now, I ask you. If Contrave had been approved, do you think after three months of taking Contrave, you’d be running a marathon, dropping your insulin shots and living a longer and healthier life? Or would you be experiencing liver damage, seizures or dealing with thoughts of suicide?

The FDA did the prudent thing this time; but you can count on another miracle diet pill hitting the obesity market any minute now and the pharmaceutical company that creates it will be banking (as in taking millions to the bank) on our short term memories being about a decade long because it was about ten years ago that Fen-Phen, that other miracle Diet drug, was taken off the market because it caused heart valve damage and pulmonary hypertension, which is a narrowing of the blood vessels in the lungs, which leads to higher blood pressure and possible heart failure. A 1997 study conducted by the Mayo Clinic found that 30% of Fen-Phen users in their study had developed heart valve problems that could lead to heart failure and death.

Fen-Phen manufacturer, American Home Products (now Wyeth), knew about the serious health complications but continued to make Fen-Phen available to the public and failed to properly warn patients and their doctors. In response to the numerous lawsuits filed on behalf of people who were harmed by Fen-Phen, the manufacturers of the diet pill drug settled a nationwide lawsuit for $3.75 billion for individuals with valve damage.

What do you think the chances are that this next Diet pill drug will be different? Remember what the FDA originally said. “The potential benefits of the new weight-loss drug, Contrave, outweigh its risks.” They know there are risks–lots of them–to these quick fix pharmaceutical answers to our obesity crisis.

Yes, taking a pill is the easier way to lose weight; but it’s not the safest or the best way; and it won’t do much for your self esteem, which is directly related to meeting the challenges presented by a rigorous exercise routine and a new diet. Those are the changes that will make a real difference in not only your life but the lives of those who are inspired by your dedication, motivation and determination. Those are the things that make a real and lasting change, not a drug.

3 comments on “First of the Series: Obesity Epidemic in the US!”